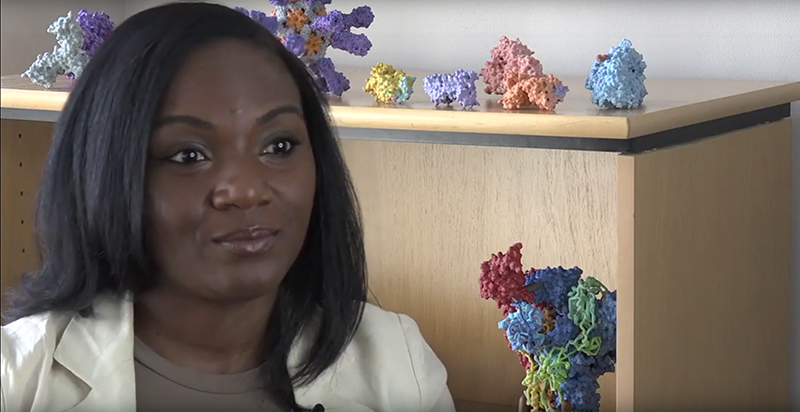 Kizzmekia Corbett ’08, M16, biological sciences, says it feels like she’s “living in a constant adrenaline rush.” Maybe that’s because she and her team at the Vaccine Research Center at the National Institute of Allergy and Infectious Diseases have been working around the clock for weeks. They’re racing to develop a vaccine for the coronavirus faster than it can race across the globe.

“To be living in this moment where I have the opportunity to work on something that has imminent global importance…it’s just a surreal moment for me,” Corbett says.

Despite it feeling surreal, the advances Corbett and her team are making are very real, and they’re setting records. “We are making better progress than I could have ever hoped for,” she says. After three months of studies in test tubes and in animals, the vaccine her team developed is about to enter a phase I clinical trial, a crucial hurdle on the way to FDA approval.

Corbett says her experience as a Meyerhoff Scholar at UMBC helped prepare her and another core team member, post-baccalaureate researcher Olubukola Abiona ‘17, M25, biochemistry and molecular biology, for a moment like this. “Discipline is one of the biggest things that Meyerhoff taught us,” Corbett says. “And it matters—a lot—in these instances of being pulled in multiple directions and really trying to understand what the priorities are.”

Corbett, who came to UMBC from North Carolina, and Abiona, who attended Eleanor Roosevelt High School in Prince George’s County, also draw on UMBC President Freeman Hrabowski’s consistent exhortation to “Focus, focus, focus,” Corbett says. “The UMBC connection and the training we received there, for both of us, has been instrumental in how we are operating right now,” she adds.

A couple of years ago, Corbett and Abiona were the only members of their team. It’s since grown, but their relationship remains special. “Essentially we started out being the team alone, and as a result, there is this level of trust and understanding that we have with each other,” Corbett says. “It’s extremely rewarding to watch someone exponentially grow into a scientist in the course of a few years,” Corbett reflects. “I think next to getting data, mentoring young scientists is the most exciting and rewarding part of what I do here.”

As an African American woman in STEM, Corbett says she has also experienced people thinking she’s only there because of diversity initiatives. “That’s been a cloud around my movement in science,” she shares. So, she says, “showing up, particularly in a moment like this, and setting a standard about what people from different backgrounds can contribute” is just as important as mentoring the next generation of scientists.

“Hopefully we will open people’s eyes to the credibility of people who look like us as real scientists.”

While that message is always in the back of their minds, right now, Corbett and Abiona are deeply focused on the work at hand. “For me, I’m very interested in looking ahead to the kinds of data we’ll get from human trials,” Corbett says. “Yes, we have tons of data that will support this vaccine being a fruitful one and a protective one, but it’s always just a hypothesis until we get some real human data.”

Read about Corbett and Abiona’s work in the New York Times.

If the phase I trials are successful, that will be a huge step toward an FDA-approved vaccine for the coronavirus—and also set a new benchmark for future disease outbreaks.

“I’m really excited about fulfilling this proof-of-concept for pandemic preparedness, where we can literally go from receiving the genetic sequence of a virus all the way through to a vaccine clinical trial in less than three months,” Corbett says. “I think that’s somewhat of an unprecedented standard to set, and I’m looking forward to helping to standardize it. I hope that it will get even shorter.” 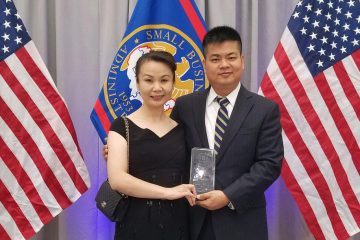 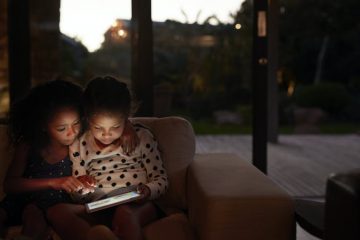