To You – Letter From the Editor

The day after the men’s basketball team made history with their surprise win over UVA, I unglued myself from my laptop and headed to the grocery store to pick up an ice cream cake for my five-year-old’s birthday party. Like so many staff members working behind the scenes that weekend, I was a bit of a sleep-deprived mess. (A happy mess, but a mess nonetheless.) I hadn’t showered, so I covered my hair with my trusty UMBC ballcap and ventured into town as I had a million times before, hoping to get in and out of the store without anyone noticing me.

On that particular Saturday, as I walked through the aisles, folks noticed that hat. Strangers carrying jugs of milk said, “Hey, UMBC!” and high fived me, as if I had anything to do with the win. A lady in line behind me mentioned that her husband, a UVA alumnus, was devastated by the upset — before confiding softly that she was really excited for us. And that was just day one.

I’m so glad they’re noticing, and that what they’re seeing goes so far beyond basketball. The nation is seeing a school that earnestly and playfully celebrates its wins — both athletic and academic, as we have on this issue’s cover. They’re seeing a community of people who know who they are, and who know what UMBC stands for beyond all the clever acronyms the “madness” gave us. And they’re understanding that using a hashtag like #RetrieverNation isn’t just a rallying cry for a few extra points on the scoreboard, but a show of solidarity between scholars and friends across the globe.

I’m glad the guys won; they deserve every bit of attention they’re getting. But, what excites me most is that the world is finally coming to understand the special place that is our University of a Million Brackets Crushed — er, home sweet home. It’s a win for us all. 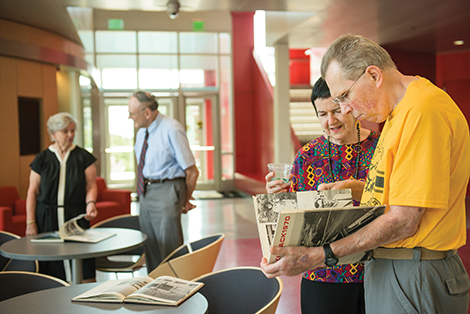