By the time you read this, the first phase of UMBC’s Performing Arts and Humanities Building will already be teeming with students and faculty eager to study, teach, work and play in the brand-new space.

So what are they seeing as they walk into the building? UMBC Magazine managed to get a peek as the furniture arrived – and just before faculty and staff moved into the place in late July.

One of the jewels of the new building is the 275- seat proscenium theater (1), which is a significant upgrade on the theatre department’s former performing space, which opened in 1968. The upgrade isn’t just in the sightlines and the two tiers of seating, but also in much wider and taller expanses available for set design and construction backstage.

Another feature of note in the new building is the strong use of natural light in the design. The emphasis on natural light in conference rooms and classrooms (2) also comes with impressive views of other parts of campus, including the nearby Fine Arts Building. And the open vistas of public space such as the building’s main entrance (3) allow the natural light to play on architectural features such as the pronounced curved design encompassing the Dresher Center for the Humanities.

The first phase of the Performing Arts and Humanities Building also includes a state-of-theart black box theatre (above) for smaller scale productions. The design of the black box allows for a variety of lighting possibilities within the space (4), and room for audiences of up to 120 guests.

In addition to housing the theatre department and the Dresher Center for the Humanities, the first phase of the building is also home to the English Department (5), the Linehan Artist Scholars Program, and the Humanities Scholars Program. Both on the outside (6) and the inside, students, faculty, staff, and visitors will see a building that not only is aesthetically pleasing, but advances teaching, research, and creative endeavors at UMBC.

But what those who work, study, or attend performances in the new building’s first phase won’t necessarily see may be just as important. The Performing Arts and Humanities Building is projected to incorporate enough sustainable design strategies to be designated as a LEED Silver project.

Literally from top to bottom, the building has features that are designed to advance the university’s sustainability efforts. The building’s white roof aims to reduce the structure’s “heat island” effect. The impervious area around the building has been shrunken to reduce rainwater runoff, and pervious concrete has been employed to aid with that effort. There is even a system that harvests rainwater for irrigation.

While the fences and cranes have moved from the front of the building, the work site at the north edge of campus won’t be closing down anytime soon. Construction has already begun on phase two of the building, which will open in 2014 and provide a new home for the departments of dance, music, philosophy and ancient studies, as well as a 350-seat concert hall and a 120-seat dance studio. For more information about the opening festivities on Wednesday, September 19, including a ceremonial ribbon cutting with Maryland Governor Martin O’Malley, a presentation on cultural spaces hosted in collaboration with the Greater Baltimore Cultural Alliance, an outdoor celebration of the arts and humanities, and a Humanities Forum lecture featuring American Council of Learned Societies President Pauline Yu, see our online calendar. UMBC’s president Freeman A. Hrabowski, III, stood with other leaders behind Barack Obama on July 26 in the Oval Office of the White House, watching as the nation’s 44th president signed an executive order creating the President’s Advisory Commission on Educational Excellence for African Americans.

Hrabowski was named chair of the new commission, which will coordinate the response of federal agencies to this critical issue and identify best practices nationwide. The commission also will lead a national dialogue on African American achievement from early childhood through adulthood.

UMBC’s president believes that the lessons learned during his 20-year tenure will inform his leadership of the commission.

“The work of my colleagues at UMBC has demonstrated that education in America can be both inclusive and excellent,” Hrabowski observed. “Our African American students study with people from all over the world and achieve at the highest levels. I am delighted that the President is again committing to the success of all students.”

Hrabowski will also draw on his other work on national education issues, including chairing a National Academy of Sciences committee that examined minority participation in the sciences. That committee’s final report concluded that the United States must significantly increase its investment in young people of all races interested in science, technology, engineering and math to remain competitive in the global economy. Maybe it’s been a few years since you took your last exam at UMBC. So what better time to pay a return visit to campus than October 10th to 13th for Retriever Fever: Homecoming 2012?

UMBC’s Homecoming Committee has arranged for a wide array of events and activities to lure you back. Among the highlights?

You can find information on more events and how to register at the UMBC Homecoming 2012 website. UMBC is a fast-growing public university, but one of its successes is that it still retains the personal touch of a much smaller institution.

One reason that UMBC has managed to make a midsized research university so welcoming is the university’s dedicated faculty and staff – many of whom go the extra mile to ensure student success, clear up red tape, obtain resources to create environments for exceptional teaching and research, or keep the campus looking attractive and inviting.

That UMBC’s faculty and staff enjoy that work is also part of its reputation. The university’s annual faculty and staff awards program is an annual highlight on the community’s calendar. And one can find even more confirmation of that positive attitude in the latest edition of The Chronicle of Higher Education’s annual survey of “Great Colleges to Work For.”

UMBC was named to the “Honor Roll” in the Chronicle’s 2012 survey because its own faculty and staff ranked it highly in seven of the 12 areas canvassed by the newspaper. Those who work at UMBC ranked the university highly for its “collaborative governance,” “professional and career development,” “work/ life balance,” “confidence in senior leadership,” “supervisor/department chair relationship,” “respect and appreciation,” and “tenure clarity and process.”

Schools that earn mentions in a category must rank in the top ten of one of three categories, sorted by enrollment. The responses to the survey by UMBC employees selected at random are a key factor in the rankings. William LaCourse, one of the pioneers in UMBC’s efforts to reshape its curriculum for the 21st century, has been appointed as dean of the College of Natural and Mathematical Sciences. He served for almost a year as the interim dean of the college.

UMBC provost Philip Rous lauded LaCourse’s “commitment to enhancing student success at both the undergraduate and graduate levels, to the advancement of faculty, and to forging new links with business, national agencies, and universities at both the college and university level.”

LaCourse joined UMBC’s faculty in 1992. He received his Ph.D. in analytical chemistry from Northeastern University in 1987, and worked at Iowa State University/Ames Laboratory before arriving at UMBC.

As the chair of UMBC’s Chemistry and Biochemistry Department, LaCourse was the founder of the Chemistry Discovery Center, an innovative team approach that removes distractions (no food, no cell phones) and compels students to grapple collectively with the knowledge that they imbibe in the lecture hall.

“The idea is to get them in there to share their collective thoughts,” LaCourse told UMBC Magazine in a 2010 story on the center. “Give them roles to perform, take away their pads and pencils, and make them talk.”

The Chemistry Discovery Center has served as a model for wider innovations in curriculum at UMBC, including the College of Natural and Mathematical Sciences’ Active Science Teaching and Learning Environment (CASTLE), which serves a wider range of students in the sciences and math. Both the Chemistry Discovery Center and CASTLE have been adapted at other universities across the country as well. 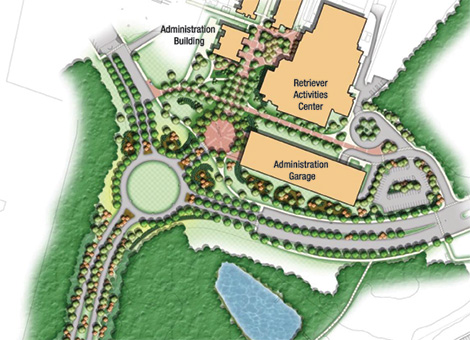 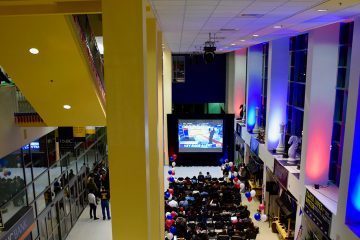 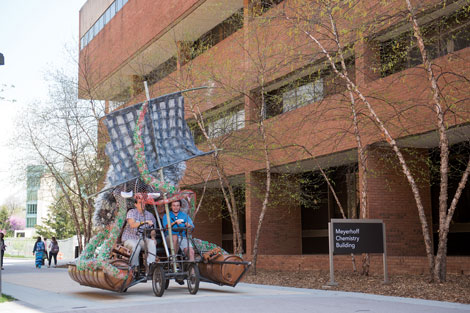 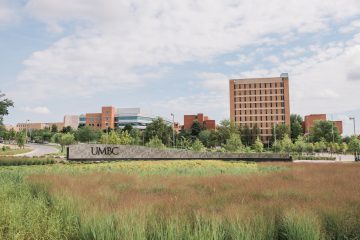