We were deeply saddened this weekend to hear of the passing of William Rothstein, a beloved founding faculty member of UMBC. He was 83. We will remember him as one of the most exemplary professors we have known—a caring colleague, teacher, social scientist, and friend.

Bill was an emeritus professor of sociology at UMBC who devoted his career to our students. After earning his Ph.D. from Cornell University in 1965, he joined the UMBC faculty in 1966, when classes first began at the university. He was promoted to associate professor in 1969 and to professor in 1988. He continued to teach as an adjunct faculty member following his retirement, and he was a strong advocate for adjunct faculty during his career.

He touched the lives of countless students through the courses he taught, as the director of the master’s program in applied sociology, and in other ways. He was known as a thoughtful and compassionate mentor, and he remained connected with many of his students for years after graduation as they progressed in their careers.

UMBC alumni have shared wonderful memories with us. Bill was a season ticket holder for men’s and women’s basketball and was often cheering in the stands or eating pizza with graduate students while watching a game. One former student shared gratitude that Bill was able to attend her wedding, and another remarked that what he learned from Bill continues to shape his own teaching today.

Service also played a large role in Bill’s work and life. In addition to serving as graduate program director and acting chair, he served on nearly every standing committee in his department. His tenure at UMBC saw astounding growth for UMBC’s Department of Sociology, Anthropology, and Public Health.

As a researcher, Bill published widely on the history of medicine in the United States from a sociological perspective, including four books. He explored topics related to medical policy and public health, and mentored student researchers in developing new scholarship on these topics. He also published several articles in the Baltimore Sun and other outlets to increase public awareness of important health-related topics.

He continued to write during his retirement, publishing a new book in 2018 on coronary heart disease in the 20th-century United States, and more recently researching the COVID-19 pandemic. He was fascinated by the role of UMBC alumni in developing a COVID vaccine and encouraged us to stay positive about the future, even in challenging times.

Honoring his commitment to students, Bill’s family asks that contributions in his memory be made to the Graduate Student Emergency Fund that he established at UMBC. Donations can be submitted online or by check (payable to the UMBC Foundation, with Graduate Student Emergency Fund in the memo line, mailed to the UMBC Foundation, 1000 Hilltop Circle, Baltimore, MD 21250) to continue Bill’s legacy.

Note: This remembrance of Dr. William Rothstein, a founding faculty member of UMBC, was originally shared with the UMBC community via email on December 8, 2020. 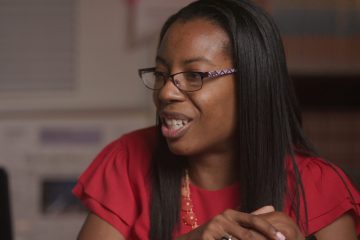