A day to celebrate chemistry’s favorite unit — the mole. But what’s a mole?

In chemistry, the mole is a unit used to talk about atoms. It is similar to other units we use everyday. For example, you might walk into the local doughnut shop and order a dozen doughnuts. In doing so, you know that you will get 12 of these snacks and the clerk knows to give you 12. The dozen unit is simply for convenience in discussing a quantity.

The number 6.02 x 10²³ is also called Avogadro’s number. Amedeo Avogadro was an Italian physicist. In 1811, he proposed that equal volumes of any gas at the same temperature and pressure contain the same number of atoms (or molecules). The number is named after him to honor his work. Because Oct. 23 is abbreviated as 10/23, chemists use this date to celebrate Mole Day.

How much space does a mole occupy?

So how do those tiny atoms come together to make up the stuff in the world around us? Even though atoms are so small, there is a lot of action going on. Each atom is made up of even smaller particles called electrons. The way those electrons place themselves around the atom lead to properties we can experience and observe. In a metal, the tiny atoms are swimming in a sea of electrons which gives them the ability to conduct heat and electricity.

How about water? The electrons in a molecule of water are arranged so that each water molecule is extremely attracted to the one next to it. Because of this they naturally arrange themselves at the atomic level in ways that have big consequences in the world around us. When water freezes, the molecules arrange in a way that creates a lattice that causes ice to float in liquid water. Why is that so important? Because ice floats, a pond or lake will freeze at the top, but below the entire aquatic ecosystem is able to survive. This is an amazing phenomenon of water.

Many other substances adopt their own unique properties due to arrangement of electrons. The propane gas that we use to fuel a gas grill is a gas at room temperature because the molecules are weakly attracted to each other. Unlike water, they don’t really want to be next to each other at all. Consequently, the space between them results in a gaseous state.

Another important gas is oxygen. We need oxygen to live out our lives. Close your eyes and take a deep breath. As you do that, the molecules are whizzing through your nose, into your lungs where about 0.001 moles of oxygen are absorbed into your blood. Those molecules are responsible for helping each cell in your body produce energy so that your eyes can see the words on this page and your brain can think about what they mean, all while keeping your heart beating.

So, if you ever feel like you’re too insignificant to make a difference, just remember that even the smallest of things matter in the grand scheme of things. 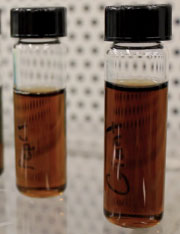 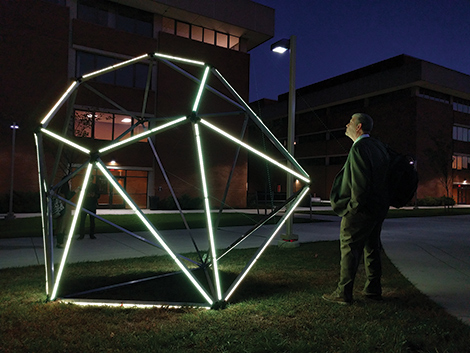