UMBC is  full of hard-working people who aspire to do great things, and the class of 2014 is no exception. Today, we wanted to share with you what some of our recent graduates are planning to do with their Retriever education. Between setting UMBC Track and Field varsity team records and holding internships with leading firms and government agencies, Brandan McGee, financial economics and health administration and policy, was also president of the Economics Council of Majors. In the 2012-2013 school year, McGee won the UMBC Student Affairs Leadership Award. Now, after graduation, he plans to earn an MBA while working for AAI Corporation. As a 33-year-old single mom, Melissa Hartman, M.S.W., earned an associate degree from the Community College of Baltimore County. She knew she needed something more to address the social policies dealing with drug addicts, and so she enrolled at UMBC as a Charlotte Newcombe Scholar. While here, she mentored pregnant women with substance abuse problems and provided guidance to girls at the Waxter’s Children Center. She was also inducted into the Phi Theta Kappa National Honor Society and the Social Work Honor Society. Hartman plans to continue her career in the social work. Taylor Good, mathematics and political science, was a part of SGA for four years and was elected to its Finance Board before his senior year. During his college career he used his knowledge of both math and political science through his work at Maryland StateStat through through the Governor’s Summer Internship Program and studied at the University of Cape Town for a semester. Now, Good is working as a consultant at Deloitte LLP. Mark Bennett, M.P.P., has traveled across the country with his research that focuses on the effects of desegregation on the athletic programs of historically black colleges and universities. From the Southern Economics Association in Louisiana to the Texas Tech University, Bennett has won awards for arguments on topics including immigration reform and U.S.-China relations. He has also completed internships with Shared Hope International, World Vision, and with the office of U.S. Congressman Roscoe Bartlett. Bennett plans to attend law school after working for the Office of Refugee Resettlement. 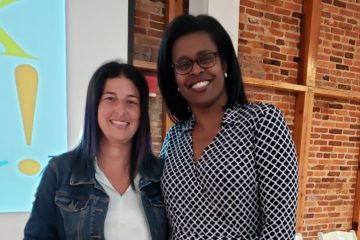