Yesterday, Maryland State Senator Allan Kittleman ’81, political science, launched his campaign for Howard County Executive. He is the first to announce his candidacy for county executive, a position that has been left vacant by term limits.

According to the Baltimore Sun:

During a 15-minute address to his supporters, Kittleman, 54, said his priorities for the county are education, solving transportation issues, fostering economic development, and assisting county residents who are suffering.

If he is elected, Kittleman would be the first Republican to hold county executive office in Howard County since 1998. 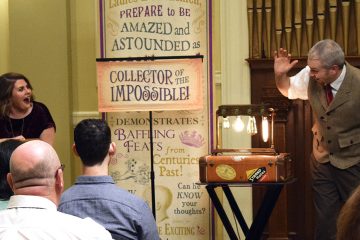