Isaac Kinde ’05, biological sciences, has been named to Forbes magazine’s “30 Under 30: The Rising Stars Transforming Science And Health” list, a group of young scientists who “reflect the way that the health care landscape is transforming for the better, opening up to revolutionary new ideas and new approaches.” Kinde is currently an M.D./Ph.D. candidate at the Johns Hopkins University.

Forbes reports that: “Kinde is developing techniques to improve the accuracy of DNA sequencing technology and demonstrating that it might be used to detect cancers arising from the colon, pancreas, and ovaries in a simple, noninvasive manner. Already, several patents have been applied for and he’s been published in Science Translational Medicine, Nature and other journals.”

A member of the 13th cohort of Meyerhoff Scholars and a member of the Honors College, Kinde helped conduct significant research as a student. During his time as a Howard Hughes Medical Institute Scholar, he helped conduct HIV research, which he presented at UMBC’s 2005 Undergraduate Research and Creative Achievement Day. He contributed to two articles on his research published in the Journal of Molecular Biology and the Proceedings of the National Academy of Sciences. Kinde was also a researcher in one of the University of California, San Francisco’s medical laboratories. He was awarded a Pfizer Undergraduate Summer Research Fellowship and received the Faculty Award of Excellence in the Biological Sciences. He was also a Minority Access to Research Careers Scholar, a member of UMBC’s Institutional Review Board and president of the Golden Key International Honor Society, as well as a member of Phi Beta Kappa. Kinde received two first place awards for presentations at biomedical and chemical and biological sciences conferences. His community service activities included St. Vincent’s Children Center Reading Days and the Kaplan Test Drive. 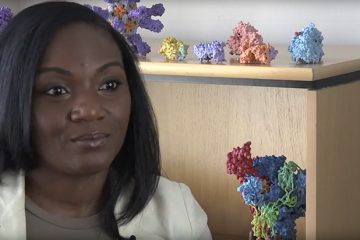