How To Spot Maryland’s State Bird

UMBC is teeming with wildlife—the infamous frenzied squirrels, the occasional wandering deer, a curious woodchuck or two, and lots and lots of birds. Melodic chirping can be heard from the wee hours of the morning all the way until the last night classes let out. And not just any birds; the areas surrounding UMBC and campus alike are home to a special species, one that is widely revered around the entire state—the Baltimore Oriole.

Having researched orioles and ravens for decades, it’s not surprising that Kevin Omland, a biological sciences professor, calls himself the mascot biologist for the state of Maryland. Since joining UMBC in 2000, Omland’s work has almost exclusively centered on orioles. Along with members of his lab, the Presidential Research Professor studies a range of topics in avian evolution, behavior, and conservation. We asked the life-long ornithophile how to spot the Baltimore Oriole, our state bird, in its natural habitat.

Step One – Pick a Park

Baltimore Orioles can be found all around suburban parks in Baltimore County and City. Omland estimates that there are at least 100 oriole territories between the Inner Harbor and the Pennsylvania/Maryland border.

“The Baltimore Oriole loves hanging out in local suburban parks,” he notes. “I’ve even seen them in the trees near the entrance to the Maryland Zoo in Druid Park. You have a good chance of seeing them in Patapsco State Park, too.”

To find a Baltimore Oriole on UMBC’s campus Omland suggests scoping out Pig Pen Pond and the Conservation Environmental Research Area (CERA) located south of bwtech, UMBC’s business park. Omland notes that it may be harder to spot Baltimore Orioles on campus due to an increase of construction here in the past twenty years, but it is still possible to find the occasional oriole flying near the green spaces on campus.

Step Two: Look (and Listen!) High in the Sky

After you’ve picked your park, it’s important to know how to find the elusive bird. According to Omland, the state bird may be harder to spot than you think. He recommends looking and listening up toward the treeline.

“You’ll never see a Baltimore Oriole on the ground to save your life,” he joked, noting that he is also known to be the worst exaggerator in the world. “But in all seriousness, it is very rare to see [them] on the ground. Some particularly adventurous orioles may forage for food on the ground, but it’s rare.”

Omland says that your best bet is to grab a pair of binoculars and look in the tops of tall trees near rivers, ponds, and even golf courses.

As for the signature colors, Omland says that there’s no other bird around that boasts the bright orange coloring complemented by the jet black feathers—it’s unmistakable. He notes that adult males will have vibrant, discernible colors, while females and adolescents will be a bit more muted, but still identifiable.

“You’re sure to recognize the colors. It’s the same ones on the baseball caps for the O’s team,” Omland says. “Historically speaking, it’s called Lord Baltimore’s Orange, and there’s no other bird that carries that indisputable color. If you know that color, you’re on the right track!”

Step Three: Work on Your Whistle

No less important than the distinct colorings of the Baltimore Oriole is the sound that it makes—a low, loud, clear whistle that can often be heard from far distances.

“It is difficult for humans to imitate the sounds of many other birds,” says Omland, “but for the Baltimore Oriole, it can be fairly easy to imitate if you practice. If you get really good at their whistle, there’s a chance that they will answer back!”

The Baltimore Oriole is just one of more than 30 different species of orioles found all over the world, and Omland doesn’t limit himself to studying just one kind.

Omland’s research also includes the Bahama Oriole, a critically endangered species native only to Andros Island. Thanks to an International Research Experience for Students grant funded by the National Science Foundation, Omland has been taking students to the remote island in the Bahamas since 2016 to study how climate change is impacting weather patterns and creating natural disasters that have nearly decimated the species.

“It gives students the chance to be on the front lines of climate change,” Omland says. “This is where climate change is killing people, destroying homes, and eliminating ecosystems…the students care about what happens to these islands and want to make a difference.”

Omland extends the invitation to his students and beyond to participate in what he calls “adventure biology”—getting outdoors and sharing intimate opportunities with the surrounding wildlife, especially in readily accessible areas. “The Baltimore Orioles are one of the many spectacular birds that are here in our forests,” he said. “If people stop, look up, and start paying attention, Maryland has a lot of wonderful diversity to offer us.”

*****
Photos of Omland and his class by Marlayna Demond ’11. Oriole image courtesy of Kevin Omland. 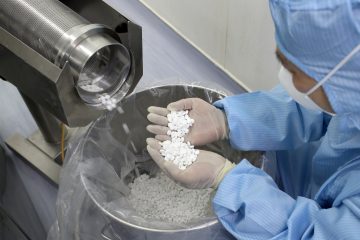 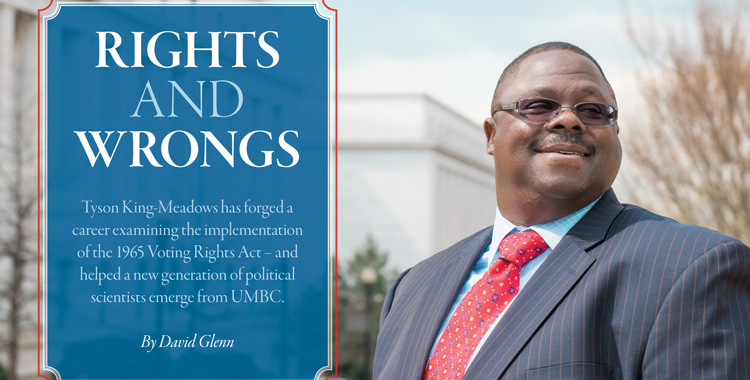