When UMBC women’s lacrosse coach Amy Slade received a phone call several months ago but did not recognize the number, she didn’t initially answer. Slade later called back, and it proved to be a good move.

The caller told Slade she was one of eight people being inducted into the 2020 class of the National Lacrosse Hall of Fame. This ceremony was originally scheduled for October but has been postponed until mid-to-late 2021 due to COVID-19.

Slade is the fourth person—and the first woman—inducted into the Hall of Fame with Retriever ties. Former men’s lacrosse coach Don Zimmerman, player George McGeeney ’82 and contributor Dick Watts are the others.

Slade will start her 12th season as a coach for UMBC in 2021, including three years as assistant coach. She said this honor means a great deal to her.

“In the midst of a pandemic, it was really cool to find out,” Slade said. “The fact that the lacrosse world is recognizing me…that’s a cool feeling. It feels really special to be remembered.”

Slade was already well known in the lacrosse world due to her accomplishments while an attacker at the University of Virginia. There, she captured the prestigious Tewaaraton Award—given to the nation’s top player—in 2004. Slade (then Amy Appelt) scored a Virginia-record 90 goals and 121 points as the Cavaliers captured the Atlantic Coast Conference crown and then the national championship. The ACC also picked her as the player of the year.

UMBC director of athletics Brian Barrio believes that some of the success Slade found as a player has helped her as a coach because she reached such high levels.

“She knows the path up that mountain to being an elite athlete,” Barrio said. “She can show them that. I thought it’s important and that our athletes know. Not all of us have what it takes to get to the top of the mountain…Amy clearly does. She’s unbelievable in a lot of ways.”

Right now, Slade is focused on the 2021 season. She wants good players who also are good people, something she thinks will give the team a strong foundation. Slade feels the 2021 team will have just that.

The Retrievers graduated just one player from the 2020 team that played just six games before the pandemic shut down everything, but they are bringing in 10 new players that Slade is excited about having on the team. Although the schedule for the spring is still being determined, she is hoping this new team can make some noise in the America East.

“I’m thrilled with the types of kids we’re getting,” Slade said. “They’re fast. They’re coachable. From an ability point, the sky’s the limit for them.”

Now, Slade is glad she returned the phone call she didn’t answer, and is looking forward to the Hall of Fame induction.

“I would also like to thank UMBC for the amazing opportunity to continue my passion,” Slade said in a statement. “Six years ago, when the program was at a crossroads, the athletic department and deputy athletics director Jessica Hammond-Graf trusted in my leadership to get this program back on track. UMBC has allowed me to take my love of this game to the next level.” 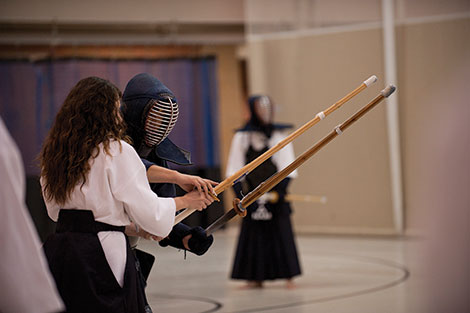