UMBC’s Mock Trial team spends a lot of time on the road. This academic year, they’ve already been to four invitational tournaments at schools across the Mid-Atlantic, with trips to UPenn and Georgetown coming up within the next several months. They’ve been able to travel the country, hone their rhetorical skills, and represent our school’s commitment to inclusive excellence thanks to donors like you, who helped the nationally-ranked Mock Trial team raise more than double their fundraising goal for this semester.

The financial support is vital to Mock Trial’s development as a group, says UMBC senior Dylan Elliott ’17, history, a pre-law student and Mock Trial’s current president. He says that more funding leads to more opportunities to attend tournaments, which means more time spent traveling together…”which can drive us crazy at times, but it’s also really good for us,” he says.

Mock Trial has proven popular both among students who plan to attend law school and those who do not, and attracts participants from a wide variety of majors. “I think people get different things out of it,” say Elliott, citing the public speaking experience, critical thinking skills, and competitive atmosphere as some benefits of the program.

For Elliott himself, Mock Trial was what confirmed his decision to continue on to law school: “I played sports from elementary school up through high school, and I realized after I did my first Mock Trial competition that I missed that kind of team competition, that camaraderie…which is something that Mock Trial gave me again.

“It helped me realize that I do enjoy the court advocacy [aspect], and helped me develop public speaking skills.”

Elliott also says that UMBC has one of the more diverse teams on the competitive mock trial circuit: “[We have] lots of different nationalities and ethnic backgrounds and religions, and I think that’s great because UMBC is like that.” With diversity in background also comes diversity in perspective, which comes in handy when coming up with ways to approach the cases they’re assigned each year.

“There’s a lot of different minds in the room,” Elliott says, “which makes us better.”

For more from our Mock Trial students, check out the video below…

You can help create student success stories like this through our crowdfunding site, GiveCorps. 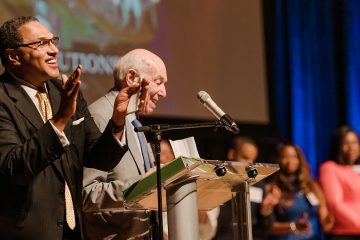 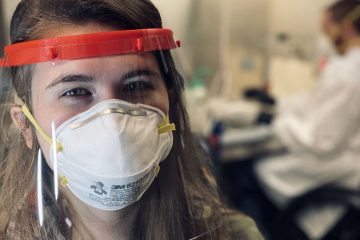