Any new coach at any college will want to make changes. New UMBC women’s basketball coach Johnetta Hayes hopes to do just that—but not only on the basketball court.

Hayes comes to the Retrievers from Texas Southern, where she posted a 115-73 record in six seasons and led that team to four post-season appearances, including a trip to the NCAA Tournament in 2017. UMBC is coming off a difficult 10-20 season, and Hayes is looking to turn things around on the court while creating a new culture of family within the program.

On the court, the Retrievers under Hayes will play a faster-paced game than in recent years. That is going to be a big difference. Off the court, Hayes wants the student-athletes in the program to feel the team is a family and that they can turn to teammates and others for help in any situation—regarding basketball or life. 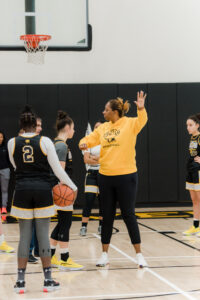 “It’s really, really important for me,” Hayes said. “From the day I walked in here until now, I can see the difference. They had each other already. It’s a bond they’ll have forever at UMBC, and we want the four seniors to leave out of here in [the spring] feeling like the way we started and the way we ended was definitely different. Once they leave, they can always come back home.”

Hayes said she wants to create an environment where those who played for UMBC in the past can mentor those currently playing at the school. If a student-athlete needs contacts for jobs or career advice upon graduation, they could turn to one of the former players for help in that area.

Building this, though, takes time and effort.

“They are their own sorority, and when they leave here, they [will] feel like they have something to come back to every year,” Hayes said. “I want the four seniors leaving to know every year in October, we come back. We celebrate with our families, and we mentor the young ladies who are on the team.”

Right now, the biggest type of change probably involves Hayes and her coaching staff as all 14 Retrievers return from last year’s team, which is unusual in collegiate athletics. So the new coaching and operations staff needed to get to know and understand the players.

Acting athletics director Jessica Hammond-Graf has noticed Hayes working hard to connect with the student-athletes, not always an easy task for a new coach.

“She’s spending a lot of time with them outside of practice to get to know them…to help them grow,” Hammond-Graf said. “It’s not just about basketball with her. It’s the larger picture and helping everybody grow and develop and become future leaders. She had to come in and recruit the players that are already here.”

Senior guard Tyler Moore said there’s no question that Hayes is driving this team and trying to adjust their outlooks on basketball and other things. Moore said the Retrievers definitely appreciate it.

“I think I can speak for my team in saying that we love how she pushes us to be better than we were the day before,” Moore said. “Standards are high and we have no choice but to rise to them.” 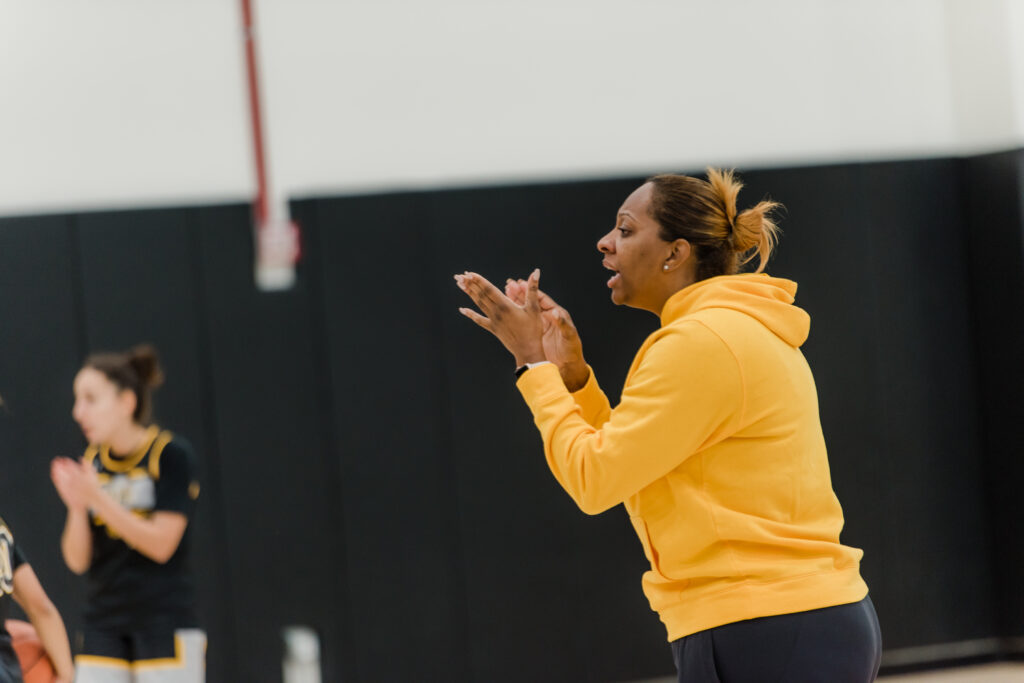 Hayes said her biggest change involved the move from Texas and getting her two young daughters (ages 7 and 4) situated. Now, they often come to where their mother works and are growing comfortable as Retrievers.

So, the new coach, staff and players all have spent the off-season working on changing the way they play and the culture around the team. Hayes wants the student-athletes to understand and deal with change in basketball and life—after all, the games don’t go on forever.

“You’re going to get a new boss,” Hayes said. “Things will change. How do you adjust? How do you adapt? Change is good. It may not feel good at first, [but] it can be [later on].”

All photos, including header, by Marlayna Demond ’11. 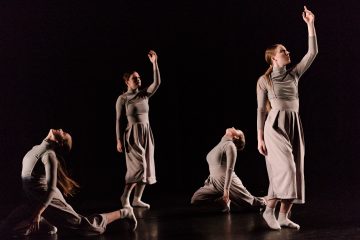 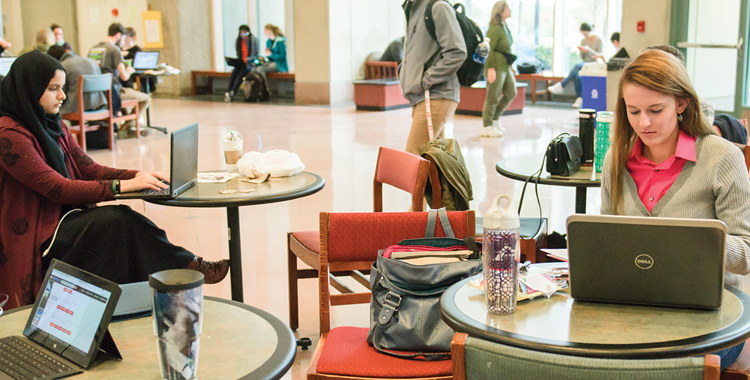 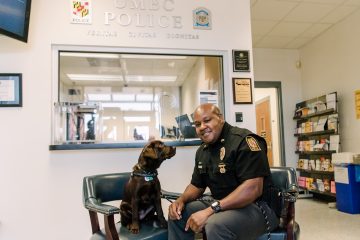