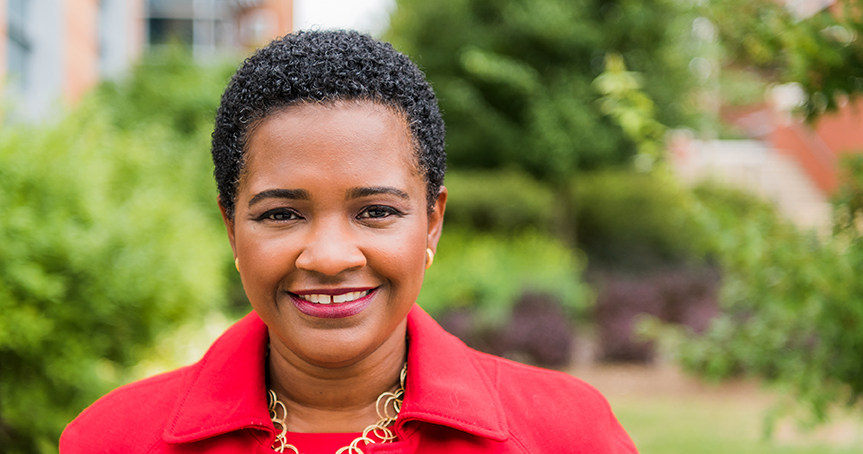 For Annica Wayman M6, ’99, mechanical engineering, this fall marks a homecoming wrapped up in a new beginning. After eight years with the U.S. Agency for International Development (USAID), building programs from the ground up to support research projects that address international development challenges such as global health, agriculture, food security, and renewable energy, Wayman is ready for a new chapter.

Wayman, who holds a Ph.D. in mechanical engineering with a bioengineering emphasis from Georgia Tech, sees parallels between what she did at USAID and her new role at UMBC as the College of Natural and Mathematical Science’s associate dean for Shady Grove affairs. In particular, a UMBC campaign t-shirt with “Transform Lives” in large, bold print caught her attention.

“That’s what I was doing at USAID,” Wayman says, “and that’s what I have a chance to do here through science and engineering.” As leader of the charge to launch UMBC’s new Translational Life Science Technology (TLST) undergraduate program at Shady Grove, “There’s still a theme of translating scientific discovery to solutions that transform society, so I’m able to do that, and I’m also transforming students’ lives so they can go on to do those things.”

The brand-new TLST program, which is administered through the College of Natural and Mathematical Sciences (CNMS), trains students in the work that happens “behind the scenes,” Wayman explains—between discoveries in basic science and fully-forged applications in practitioners’ hands, such as drugs or medical devices. Often, gaps in communication and a lack of translational science professionals prevent promising new therapies from ever getting past the earliest stages of development.

The TLST program hopes to change that by training people in the “in between” tasks, such as conducting animal studies and clinical trials, developing processes to scale up production of promising treatments, and learning how to make sure new products are the ones practitioners actually need to help patients.

Wayman will also lead a re-launch of the Master of Professional Studies degree in biotechnology at Shady Grove, which had previously been offered at main campus. Other new programs may follow.

Wayman says UMBC is well-suited to offer such programs at Shady Grove for several reasons, including the Rockville campus’ location in the heart of Montgomery County, where 75 percent of Maryland’s 2,300 life science companies have set up shop. In addition, “UMBC is not scared to take risks,” Wayman says, “and we look for those cutting-edge opportunities to be at the forefront of what careers and industry needs are out there, so that we can prepare students for what is to come and not just what’s already here.”

UMBC’s culture of inclusive excellence is also an asset. “You really need a diverse set of folks—not just diverse in disciplines, but also a diversity of thinking and ethnicity,” says Wayman, who is an alumna of the Meyerhoff (M6 cohort) and MARC Scholar programs. “UMBC has always been really good at fostering an equal playing field,” she adds, “so that all people feel like their voices matter and they can all equally achieve and work together.”

Wayman credits her own success in part to the supportive culture she experienced as an undergraduate. “When I was here, I felt that the Meyerhoff staff and the faculty just had such a caring approach,” she shares. In addition, “as an engineering class, we were great peer mentors to each other… Being an African-American female in engineering, I was looking to be sure I could get the support I would need and UMBC delivered greater than my expectations.”

On top of her strong STEM background, Wayman understands that the success of the scientific enterprise is driven by interdisciplinary collaboration. “From where I come from at USAID, that’s huge—we realize that understanding the technology alone is not sufficient to solve a development challenge. You have to understand the culture, the people, the political context, the history of the country.”

“UMBC is continuing to try to push the envelope into what’s the next wave of innovative education, not just in STEM but also blending it with the arts and humanities,” Wayman says, and she’s looking forward to being part of that push. 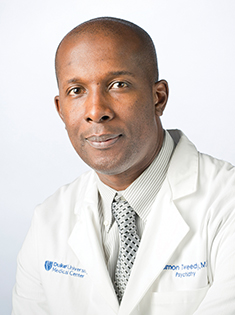