The Rev. Leo Patalinghug ’92, political science, has taken his passion for cooking to the next level, with the publication of a cookbook inspired by his family and his faith. His book, “Grace Before Meals, Recipes and Inspiration for Family Meals and Family Life,” outlines philosophies he teaches both in church and on his online cooking show, “Grace Before Meals.”

Read more about the cookbook here.

In addition to running his cooking show, Patalinghug teaches future priests at Mount St. Mary’s Seminary. Last year, he appeared on the Food Network’s “Throwdown with Bobby Flay,” on which the reverend bested the celebrity host with a fajita recipe inspired by Asian flavors. 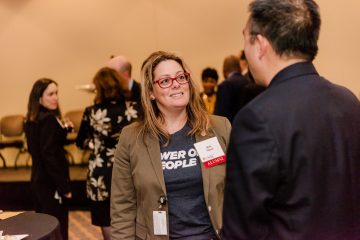