Ellicott City: A Timeline of Resilience

1772 ⬗ Since its founding in 1772, Ellicott City “has come in for an inordinate amount of disasters from floods, fires and railroad wrecks,” wrote Fred Rasmussen in The Baltimore Sun in 2012.

1972 ⬗ The next most memorable event was Hurricane Agnes in 1972. The Patapsco river flowed 14.5 feet above its banks. It took out a concrete bridge and destroyed the Jonathan Ellicott home and the 1910 Victor Blode water filtration plant. Eloise (1975), Hugo (1989), and Lee (2011) were other vicious storms of note.

1984 ⬗ From an editorial in The Sun from 1984 about Ellicott’s City’s resilience: “The town’s special charm lies in wear-and-tear, in improvisation over the decades, in workaday flavor more comparable to what might be found in a none too prosperous Old World community.”

2017 ⬗ Originally donated in 2000 by the Ellicott City Kiwanis Club, the restored clock was put back in place in 2017.

2018 ⬗ Less than two years later, on May 27, 2018, disaster struck again, days before the town’s new flood emergency alert system was to become operational. Homes and businesses were again destroyed, the newly erected clock disappeared, and a National Guardsman lost his life trying to rescue others.

In June and July 2018, the post and the face of the clock were found again, damaged in the Patapsco.

On July 20, 2018, Main Street was opened to cars and pedestrians and some shops reopened, although most continue to deal with the flood fallout.

2020 ⬗ The 2020 state capital budget includes $3.4 million in funds for Ellicott City’s Safe and Sound plan and a minimum of $8 million investment is planned over the next three years.

Read More:  An Ounce of Prevention 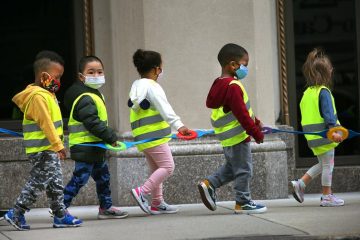